Netflix is in talks with former President Barack Obama for a new series.

The New York Times reports that the deal would have Obama and his wife, Michelle Obama, provide content that would only be available on Netflix. Sources close to the deal indicate that the series might focus on inspirational stories or feature moderated discussions of the topics that were highlights of the Obamas’ time in the White House.

The report indicates that some episodes could feature conversations on health care or voting rights moderated by Barack Obama, while Michelle Obama might moderate a show focusing on nutrition, for example. Other potential show ideas rumored for the deal include documentaries or other projects endorsed by and possibly introduced by the Obamas.

Executives from Apple and Amazon have also reportedly been in talks with the former president and first lady.

Terms of the Netflix deal are unknown at this point.

The Portraits Of Brack & Michelle Obama 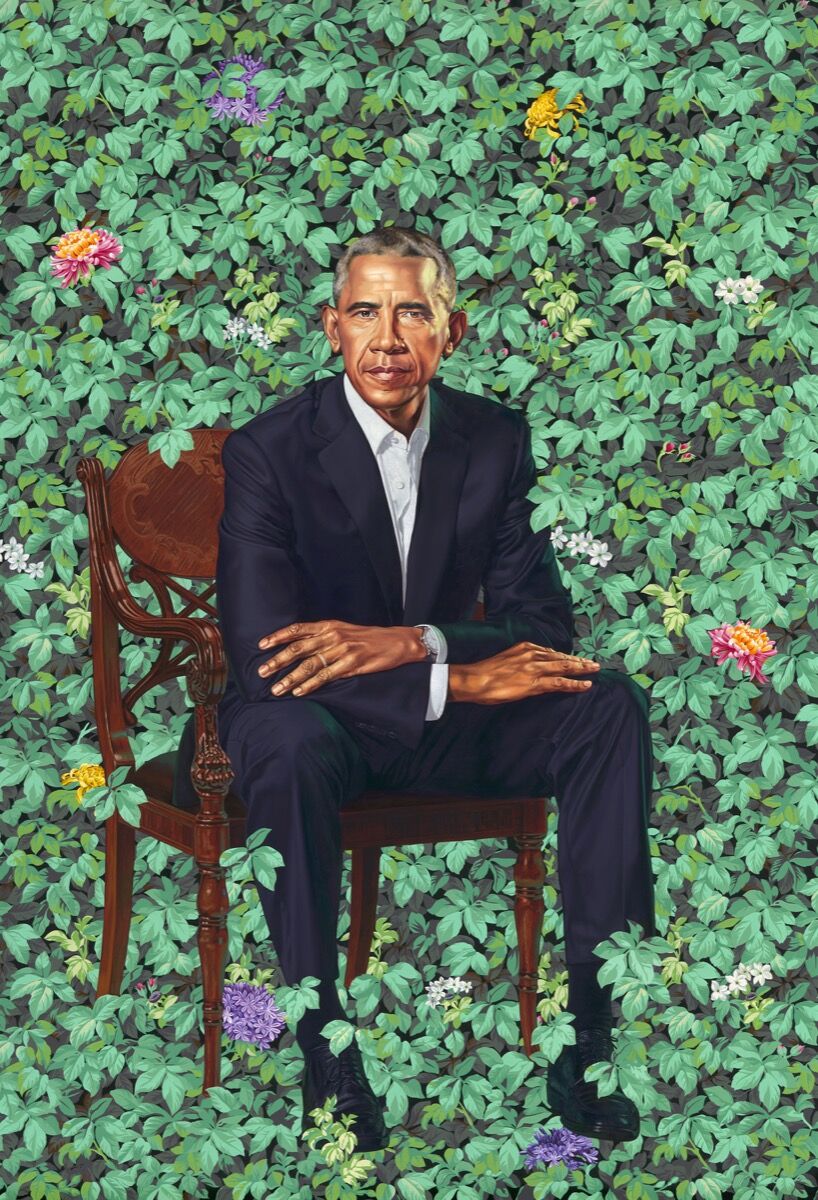 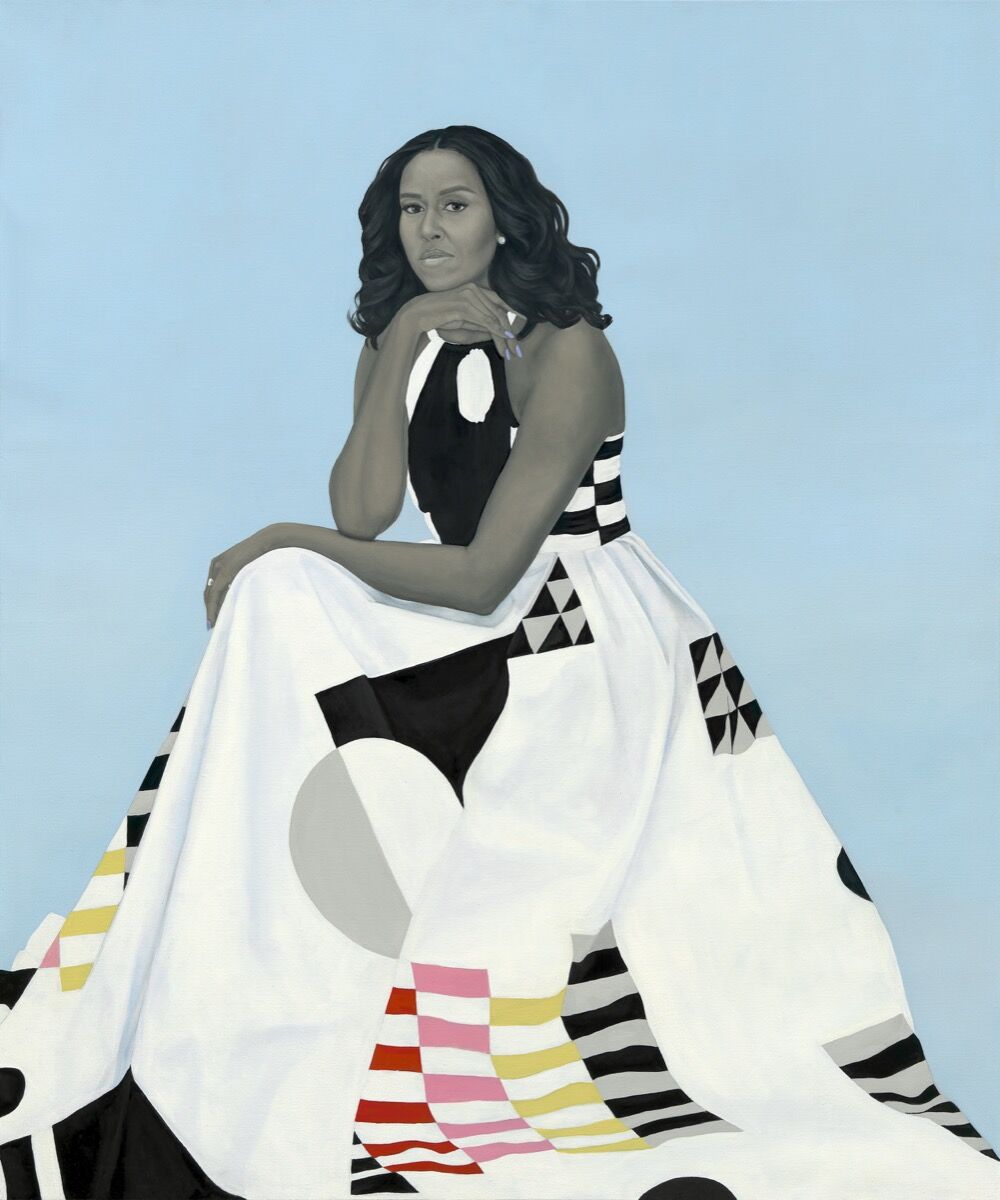 The unveiling of the portraits of President Barack Obama and First Lady Michelle Obama has created an unprecedented surge of interest in both portraitists, especially Amy Sherald, whose work was relatively new to the market before her commission.

For Sherald, a 44-year-old Baltimore painter who produces roughly a dozen works a year, the demand is so strong it’s basically blown up the waitlist for her paintings, which had been growing ever since demand spiked for the artist’s limited number of works, following her first solo show at Monique Meloche Gallery in Chicago in 2016. 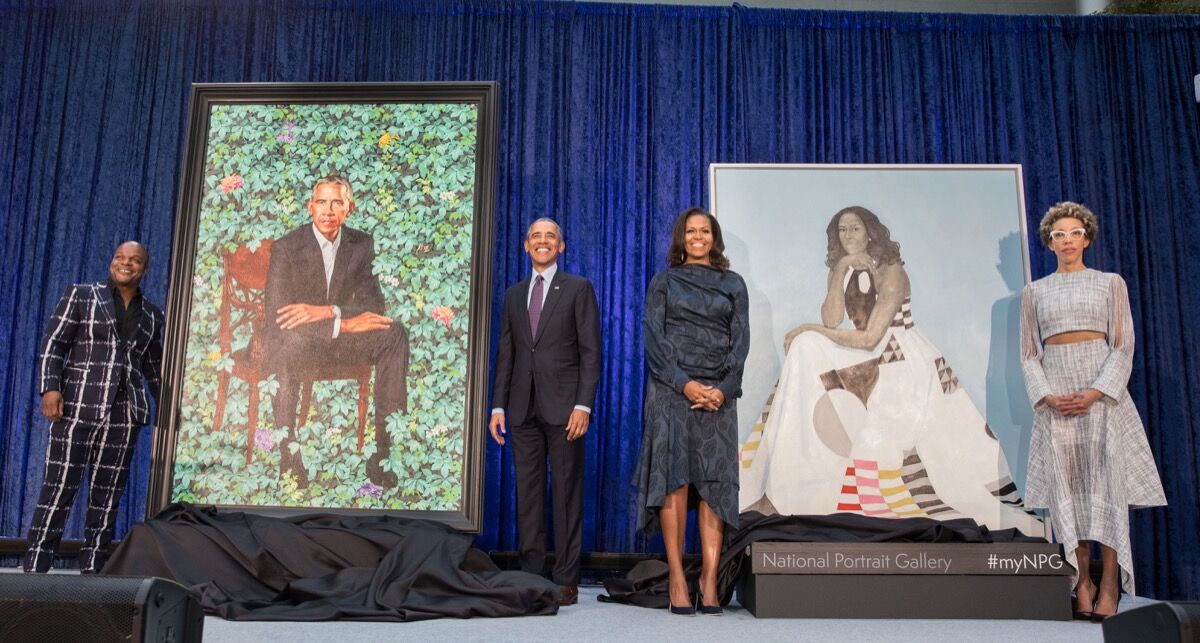 The Obamas at their luxury $2,500-a-night Indonesian resort enjoy some rafting with the whole family

Making a splash: The Obamas enjoy whitewater rafting down the Ayung River- although Malia (front) looks a bit surprised

Ever no drama Obama, the former president looked typically relaxed as he enjoyed some family time on the island of Bali

The family arrived at a military airport via Guam on Friday evening, with Ngurah Rai Military Air Base commander Col. I Wayan Superman enforcing security measures along with scores of soldiers and police officers.

Prior to their landing, the commander told the Jakarta Post the Obamas’ private jet would have priority, although they would try to minimize any disruptions to the other flights.

Soldiers fell into formation in Bali, Indonesia, on Friday in preparation for the Obamas’ five-day vacation

The Obamas are enjoying some rest and relaxation at the Four Seasons, where freestanding villas come with a private pool and a spacious sun terrace overlooking the lush rice fields surrounding the Ayung River. Pictured, the Four Seasons spa

With anti-gravity yoga classes, spa sessions and river rafting, the Obamas will have plenty to do for five days before the former president heads to the island of Java

As you were previously informed,  Four universities, including UChicago and UH, were selected as finalists from a group of 13 proposed sites on September 15 by the Barack Obama Presidential Foundation and asked to submit a request for proposal (RFP) to bring the library to their campus. The RFP is due December 11, and a final decision will be made in early 2015. The UChicago is in talks with the University of Hawaii to give it a virtual connection to a main campus located on the South Side of Chicago, according to Julie Peterson, the University of Chicago’s director of communications. Hawaii is imagining a digital connection. Spokesperson Jeremy Manier says that the UChicago is exploring a collaboration with the University of Hawaii. UChicago also explored a partnership with the University of Illinois at Chicago (UIC), but those talks have not resulted in a concrete plan. In the end, it’s going to be up to the President and the First Family to decide where it goes.

Modern-day libraries are designed to highlight the partnership between the president and first lady. And increasingly, it is the first lady who leads the way in making sure her husband’s vision for his library comes to fruition.

Michelle Obama will play an important role in choosing where the library will go, raising private funds to build it and deciding what it will look like after it is completed. It will be up to her to decide how involved she wants to be in the day-to-day planning and how much of a footprint she leaves on the library. A spokeswoman for the Obama foundation said Michelle Obama’s public service “will be prominently featured in the library.

The first lady’s involvement in presidential libraries varies from president to president, just as the extent and manner in which she is represented differs from one library to the next. For example, President Bill Clinton took a hands-on approach in overseeing Clinton library and museum, leaving little for Hillary Rodham Clinton to do. Hillary, however, is featured in at least two permanent exhibits in the Little Rock, Ark., library. An exhibit called “Putting People First” highlights her role spearheading the Clinton administration’s unsuccessful effort to reform health care.

First lady Laura Bush, a former librarian with a Masters degree in Library Science, was a driving force behind President George W. Bush’s library, doing everything from chairing the design committee to developing the exhibit while he focused on the center’s policy institute. She was instrumental in selecting Southern Methodist University in Dallas for the site. She and the president both have offices at the center and are there on a regular basis, library officials said.

President Obama and The BRAIN Initiative

President Obama announced on Tuesday a brain-mapping initiative that could help scientists unlock the secrets to Alzheimer’s and Parkinson’s Disease, strokes and even human cognition, but will require the assistance of significant computing power.

The Brain Research through Advancing Innovative Neurotechnologies (BRAIN) Initiative, announced Tuesday morning in a presidential speech at the White House after a fleeting mention in President Obama’s February State of the Union Address, will require heavy use of cutting-edge and yet-to-be-invented data processing and imaging technologies for success. Obama said,  studying and mapping the human brain, , will not only help scientists improve their understanding of human thought, learning, and memory, but could also help cure disease.

The new research initiative will include the National Institutes of Health, the Defense Advanced Research Projects Agency, the National Science Foundation, outside academics, and private companies and foundations such as the Allen Institute and the Salk Institute for Biological Studies. The White House hopes to spend more than $100 million the first year of the project, with more money coming from private-sector partners.

In addition, those agencies and organizations will be pushing the envelope on data collection and analysis technologies. “Significant breakthroughs will require a new generation of tools to enable researchers to record signals from brain cells in much greater numbers and at even faster speeds,” the White House said in a press release. “This cannot currently be achieved, but great promise for developing such technologies lies at the intersections of nanoscience, imaging, engineering, informatics and other rapidly emerging fields.”

Among the specific projects being funded under BRAIN will be DARPA’s Detection and Computational Analysis of Psychological Signals effort, which will require analyses of very large data sets. DARPA also will “develop a new set of tools to capture and process dynamic neural and synaptic activities,” according to the White House press release.

BRAIN will require new computer technologies  to perform the necessary research, and the results of the research could also be used to develop new information technologies.