Oncologist Lu You at China’s Sichuan University said a trial he is leading, using Crispr on 10 lung cancer patients, is done and the data will be ready for submission to a scientific journal next month. Meanwhile, at the Chinese People’s Liberation Army General Hospital in Beijing, the head of the biotherapeutic department said it is proceeding with five Crispr-related trials in adult cancer patients. Crispr is still nascent and all side effects are not yet known. A Chinese branch of the World Health Organization has withdrawn an application to register He Jiankui’s project in its clinical database. … Has he surfaced yet?

Chinese medical documents posted online this month said (here and here), a team at the Southern University of Science and Technology, in Shenzhen, has been recruiting couples in an effort to create the first gene-edited babies. They planned to eliminate a gene called CCR5 in hopes of rendering the offspring resistant to HIV, smallpox, and cholera. 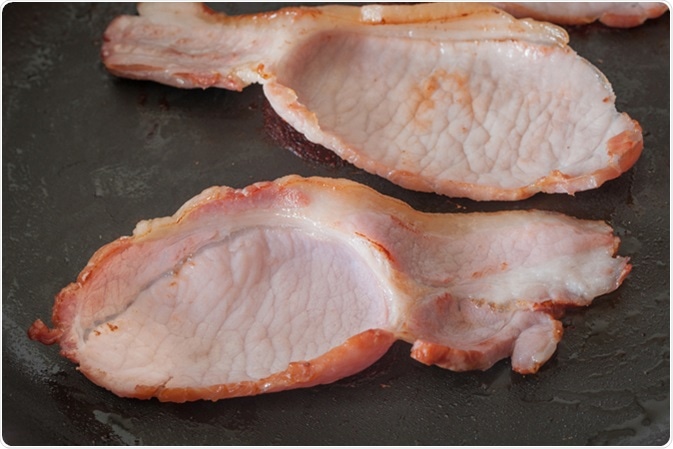 Outlets are reporting that Chinese scientists have genetically altered pig embryos (using added genes from mice) to create “skinny pigs” who have a lower percentage of body fat and could be used, one day, to produce what some headlines are deeming “healthy bacon.

Genetically modified (GM) foods continue to be a contentious subject. Proponents believe that it could help feed millions of hungry people amid climate change and population growth. Others balk at the idea of eating science experiments.

The World Health Organization reports that the safety of GM foods depends on how the genes were tweaked, which will ultimately leave each item to be rated on a case-by-case basis. In the United States, the Food and Drug Administration has approved genetically engineered salmon. And apples not prone to browning are expected to be available soon.

23andMe first debuted direct-to-consumer tests meant to predict disease in 2013, but the U.S. Food and Drug Administration quickly clamped down on that and told the company to stop marketing the tests, saying they could be inaccurate and confusing to consumers.

However, the company was vindicated earlier this year when the FDA revised that decision, declaring 23andMe could sell tests that estimate customers’ risk of certain disease, as long as they don’t purport to diagnose any disease.

Early this year, Illumina, the manufacturer of most of the world’s DNA sequencers, unveiled its newest, most efficient machine, NovaSeq, which can sequence as many as 48 entire human genomes in two and a half days, according to the company. Illumina claims the ultra-fast machine will usher in the $100 genome and will open the door for researchers to cheaply sequence DNA in search of rare genetic variants that cause disease.

Sophia Genetics is taking a big-data approach to DNA. The Swiss company is using AI algorithms to continuously learn from thousands of patients’ genomic data. Partnering hospitals take patient samples and run them through a DNA sequencer. The Sophia system sifts through that genetic information to identify mutations in a patient’s genome. The technology is said to quickly and more accurately diagnose conditions like cancer, metabolic disorders, and heart disease.

An international team of scientists, led by researchers at the Oregon Health and Science University, has used genetic engineering on human sperm and a pre-embryo. The group says is doing basic research to figure out if new forms of genetic engineering might be able to prevent or repair terrible hereditary diseases. Congress has banned federal funding for genetic engineering of sperm, eggs, pre-embryos or embryos. That means everything goes on in the private or philanthropic world here or overseas, without much guidance. It should be determined who should own the techniques for genetic engineering. Important patent fights are underway among the technology’s inventors. Which means lots of money. is at stake. And that means it is time to talk about who gets to own what and charge what. Finally, human genetic engineering needs to be monitored closely: all experiments registered, all data reported on a public database and all outcomes — good and bad — made available to all scientists and anyone else tracking this area of research. Secrecy is the worst enemy that human genetic engineering could possibly have. Today we need to focus on who will own genetic engineering technology, how we can oversee what is being done with it and how safe it needs to be before it is used to try to prevent or fix a disease. Plenty to worry about.

Genetic engineering as the direct transfer of DNA from one organism to another was first accomplished by Herbert Boyer and Stanley Cohen in 1972. The first genetically modified animal was a mouse created in 1974 by Rudolf Jaenisch.

Scientist Are Creating A Motherless Technique for Having Babies: Ethical?

Harvard and Brown universities researchers warn that in the future scientists may be able to create embryos from skin cells. It is already common for women and couples using in vitro fertilization (IVF) to choose the sex of the embryos being implanted. This new “motherless” technique would be another step in the progression of genetic engineering and a greater departure from natural conception, gestation, and birth.

Bioethicist Hank Greely says that” not only will IVF be easier and cheaper, but the rapidly developing field of genetics will make divorce sex from reproduction. Babies will be grown in labs: “What I think is going to happen, we’ll be able to take some skin cells from anyone and turn them into any cell type… I think we’ll actually see a world where most babies born to people with good health coverage will be conceived in the lab.”

The Rise of GMO Babies From Three Parents

Apple is working with U.S. researchers to launch apps that would offer some iPhone owners the chance to get their DNA tested, many of them for the first time, according to people familiar with the plans.

The apps are based on ResearchKit, a software platform Apple introduced in March that helps hospitals or scientists run medical studies on iPhones by collecting data from the devices’ sensors or through surveys. ResearchKit launched with apps aimed at studying asthma, breast cancer, cardiovascular disease, diabetes and Parkinson’s disease, but now scientists can develop programs that gather information about other medical conditions. Tens of thousands of users have already submitted data to ResearchKit, including 11,000 to a Stanford University cardiovascular trial in the app’s first day. The raw data and interest is there, though the quality of the information sent via ResearchKit is still up in the air, for now.

In two initial studies planned, Apple will not directly collect or test DNA itself. That will be done by academic partners. The data would be maintained by scientists in a computing cloud, but certain findings could appear directly on consumers’ iPhones as well. Eventually, it’s even possible consumers might swipe to share “my genes” as easily as they do their location. Apple is closely involved in shaping initial studies that will collect DNA. One, planned by the University of California, San Francisco, would study causes of premature birth by combining gene tests with other data collected on the phones of expectant mothers. A different study would be led by Mount Sinai Hospital in New York.

Apple is concerned whether consumers are even interested in their DNA. So far, most people still have no real use for genetic data, and common systems for interpreting it are lacking as well.

I wonder how far will they go. Right now you have scientists editing human embryos using CRISPR to correct DNA of the BRCA1 gene. Whats next, the so called perfect baby with high intelligence and hair color.. There are three centers in the United States currently working on human germ-line engineering., as are scientists in China, in the U.K., and at a biotechnology company called OvaScience, based in Cambridge, Massachusetts, that boasts some of the world’s leading fertility doctors on its advisory board. Some have dropped out of the research. Some say people might pick and choose eye color and eventually intelligence causing a public uproar. A dozen countries have banned Germ-line engineering