Parents Worry About the Addictive Nature Of Mobile Devices 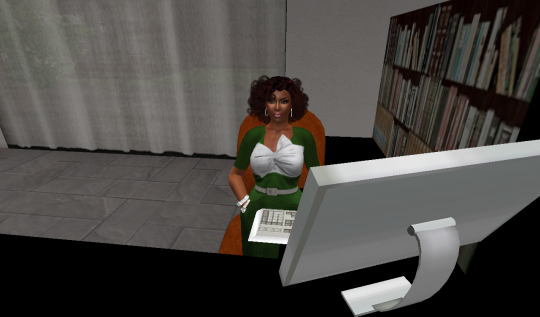 Technology executives say they enjoy their work but, they also are concerned about the addictive nature of mobile devices and social media.

The Pew Research Center released a study in August about what parents think about technology in the lives of their children. The study found that about 66 percent of U.S. parents worry that their teenage children spend too much time with computers or mobile devices. Seventy-two percent of parents said they thought their teenagers were sometimes distracted by their phones when talking with them.

Apple is trying to assist with some of the problems it helped create when it first released the iPhone in 2007. The company is offering alternative ways for parents to observe and control how much time they and their kids spend on the devices.

New tools are available to keep children from using applications like Facebook, Snapchat and Instagram completely or just at certain times of the day. Google included similar controls in its latest version of the Android operating system, which most of the world’s smartphones use.

Best Buy Getting ahead By Boosting Customer Satisfaction, & Employee Investment

Two executives from Best Buy described the work they’ve done over the last three and a half years rethinking employee training by investing in support for customer and product interaction — as opposed to clunky, corporate technology — by using dedicated resources from a retail user experience and a change management perspective.

They believe it’s super important for their employees to feel like they have a place in the future of where we’re going.” These efforts have helped drop employee turnover by “well into the double digits.

Employee turnover is still problematic. The average turnover rate is north of 60%, according to the National Retail Federation, and retailers collectively lose over 230 million productive days and $19 billion in new staff costs as a result.

Last year, newfound investment in employee training became a priority for the National Retail Federation as well as 21 major retailers like Walmart, Target and Macy’s, which together launched the RISE Up (Retail Industry Skills and Education) program.

Although Best Buy is not a part of the program, the retailer has spent the last few years tackling the problem by conducting “hundreds and hundreds” of one-on-one interviews with employees across the country to ask about usability problems when it comes to applications and technology, and other pain points of the job.

“Through redesigning systems and bringing new technology into the stores they were able to cut their POS transaction time in half. This allows their associates to spend less time typing on keyboards or holding tablets and reinvest that time to connect with the customer experiences so they don’t end up cutting labor or anything similar.

A gang of thieves robbed an Apple Store in central London during the early hours of Monday morning, November 13. The gang helped themselves to the company’s latest smartphones, as well as anything else they could lay their hands on.

A security guard was reportedly threatened with a hammer as 10 thieves on five mopeds smashed their way into the store on Regent Street just after midnight.

An eyewitness told the BBC the suspects appeared to have difficulties smashing the store’s locked glass doors but then took just three minutes to grab the goods before fleeing on the mopeds, though one was abandoned at the scene.

Cops said mostly iPhones, iPads, and smartwatches were stolen in the heist, though it’s not yet clear how much the haul was worth. No arrests have been made.

Just a few weeks ago we heard about how hundreds of brand new iPhone X handsets were grabbed from a UPS truck in San Francisco, while in 2016, again in San Francisco, thieves hid under hoodies and strolled into an Apple Store during opening hours to grab handsets straight off the display tables. The New York Apple Store was robbed with thieves making off with more than 60 iPhones.

Wheel chair bound Samsung employee  is alleged to have stolen  8,474 smartphones from the company over the course of two years to pay off his gambling debt. Authorities claim his spree took place between December 2014 and November 2016 at the Samsung headquarters in Suwon, South Korea . It took them a long time to notice what was going down, since he was wheelchair bound and wasn’t required to pass thru the scanner. The phones were sold to a second-hand phone retailer for 800 million won or(US$711,743) dollars. The employee was arrested.

According to a new survey carried out by YouGov on behalf of outsourcing firm Firstsource Solutions UK consumers say they don’t trust mobile payments. One in five said that they wouldn’t use it because they don’t trust the battery on their smartphone to last.

Mobile banking apps were downloaded by 36% of mobile phone users, however 70% of those that did have an app rate it as good or excellent, and 68% do some form of mobile banking at least once a week. The most popular functions are the ability to  check balances, transfer funds between accounts and transfer money to people.

However , there still seems to be considerable scepticism amongst consumers about the value of mobile payment services, which is creating a barrier to widespread adoption. 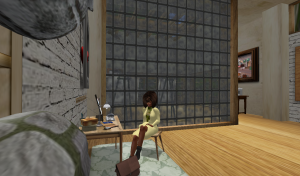 The average British child receives his or her first mobile phone at the age of 11, but according to a new study, nearly one in ten has a phone by the time they are five,
USwutch telecoms expert Ernest Doku. says as well as arming kids with mobiles for emergencies and peace of mind, many parents have bought their kids smartphones just to stop them commandeering their own when bored, 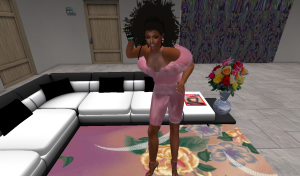 AT&T Inc customers will be able to upgrade  their phones once a year instead of waiting two years. AT&T is defending itself against challenges from T-Mobile US . AT&T’s latest offering, does  not require upfront device fees, comes as the No. 2 U.S. mobile provider strives to regain the market share it has been losing to market leader Verizon Wireless, and to fight back against tougher competition from smaller rivals like fourth-ranked T-Mobile US. AT&T’s offer, soon to be available on July 26, appeared to be a direct response to T-Mobile’s announcement last week that its customers can now upgrade smartphones as often as twice a year. AT&T will charge customers $15 to $50 per month, depending on the device, on top of monthly service fees under the new offering, which does not require a long-term service contract. By excluding upfront device fees in its plan, AT&T is hoping to compete with T-Mobile US, which still requires an upfront payment. T-Mobile US Chief Marketing Officer Mark Sievert says the monthly phone installments is a “trick” to get more money out of customers because it is not changing its monthly service fees. “If you’re going to charge separately for the phone like they’re doing then you need to reduce the price of the service. Otherwise you’re paying twice for the same phone.” According to data reported a Wall Street Journal article, Americans are upgrading their devices less often as innovation slows and current smartphones are more than adequate for their needs.