Uber and Lyft have stopped accepting new drivers in New York City. The move comes after the city passed new rules that are designed to curb the explosive growth of ride-hail companies.

On its website, Uber attributes the new policy to “new [Taxi and Limousine Commission] regulations. There is a reference to legislation passed by the New York City Council in December 2018, which requires ride-hail companies to pay drivers at least $17.22 an hour after expenses. The pay formula uses a so-called “utilization rate,” which accounts for the share of time a driver spends with passengers in their vehicles compared to time spent idle and waiting for a fare.

The rules penalize companies for running too many cars without passengers on city streets. The higher a company’s utilization rate, the less it has to pay drivers to meet the new wage floor requirement. The rules were intended to increase pay for drivers, while also addressing what many saw as an oversaturated market in New York City.

Uber stopped onboarding new drivers in New York City on April 1st, followed soon after by Lyft. In January, Lyft sued the city to block the new wage rules, arguing that they would create an uneven playing field and would ultimately mean their own drivers would be paid less. Three weeks later, Uber sued the city over the cap on new ride-hail drivers.

While Lyft celebrated, hundreds of Uber and Lyft drivers were on strike in protest of low wages and unsatisfactory working conditions . Drivers went on strike in San Francisco and San Diego as well, hoping to use the moment to shift the spotlight away from Lyft’s IPO (and Uber’s forthcoming public offering as well) to the more pressing concern about the future of ride-hailing.

The courts have largely agreed that their drivers don’t count as employees. New York City, drivers are on edge after a Lyft driver died by suicide over the weekend, the ninth for-hire driver in the city to take his own life since late 2017. The driver’s death came after Lyft sued the city over the implementation of rules that set a higher floor for hourly ride-hail driver wages.

Lyft lost $911 million last year, and warns it may never become profitable. “We have a history of net losses and we may not be able to achieve or maintain profitability in the future,” the company said in its filing with the Securities and Exchange Commission. Uber will likely say something similar in its filing; the company loses around $800 million a quarter.

New York City Council moved to impose a slate of new regulations on ride-hailing services. If Mayor Bill de Blasio signs off on the new legislation, New York would be the first city in the U.S. to cap the number of Uber and Lyft vehicles, as well as establish a minimum wage for drivers. It would also impose a new license requirement with more robust data-sharing requirements for the fiercely proprietary companies.

During the year-long cap on vehicle growth, the city would also conduct an impact study of the services. However, foes say it could lead to higher fares and more limited services. Ride-hailing has devastated the yellow cab industry, which is highly regulated in New York City compared to Uber and Lyft. Taxi medallions, once highly sought, have plummeted in value since TNCs came onto the scene, casting many drivers into financial ruin & death. A 2017 survey by the Independent Drivers Guild, which represents ride-hailing drivers, found that 57 percent of app based drivers bring in less than $50,000 annually, and 22 percent less than $30,000.

A research paper from MIT’s Center for Energy and Environmental Policy Research compared a survey of over 1,100 drivers for Uber and Lyft with “detailed vehicle cost information” and found that 30 percent of the workforce is actually paying to work after vehicle expenses are taken into account. Overall, their findings reveal a bleak picture: The median profit for drivers came out to just $3.37 per hour before taxes.

The researchers used data from Edmunds, Kelly Blue Book, and the Environmental Protection Agency to determine the cost of insurance, maintenance, gas, and depreciation for various vehicle models. Cross-referenced with drivers’ self-reported revenue, mileage, and vehicle models, that information revealed discouraging results. Stephen Zoepf, a co-author of the paper, said “it’s quite possible that drivers don’t realize quite how much they are spending.” He said that many drivers are effectively borrowing money against the value of their cars and subsidizing the ridesharing companies by working for low wages. When you combine that subsidy with the billions of dollars in venture capital that these companies are losing each year, Zoepf concludes that “this business model is not currently sustainable.”

According to the working paper, 74 percent of drivers are earning less than the minimum wage in their states once these costs are included, with the average driver only pulling in $661 of profit per month. For those who are considering working for ride-hailing service, this data should make them cautious.

Those who already doing it should pay close attention to the paper’s finding that the median profit is 29 cents per mile. The researchers say that drivers could possibly take advantage of the standard mileage deduction that tops out at 54 cents per mile and declare a loss on their taxes. So while ride share services are losing billions of dollars, billions more dollars of driver income may be mistakenly getting taxed. Meanwhile, other recent studies have found these companies are just making traffic worse.

Uber responded to the Guardian with the following statement:

While the paper is certainly attention grabbing, its methodology and findings are deeply flawed. We’ve reached out to the paper’s authors to share our concerns and suggest ways we might work together to refine their approach.

A spokesperson for Lyft responded and said: “Drivers are an integral part of Lyft’s success. An ever-growing number of individuals around the country are using Lyft as a flexible way to earn income, and we will continue to engage with our driver community to help them succeed. We have not yet reviewed this study in detail, but an initial review shows some questionable assumptions.”

Last year, Uber settled claims by the Federal Trade Commission that it misled drivers about the potential income they would make. Gizmodo obtained a letter sent by Uber’s lawyers to the FTC where they argued that drivers were only earning less than the advertised rates because they chose not to drive enough.

Female-friendly alternative to Uber, Safr, launched last month in Boston.  With all the disturbing news concerning Uber and Lyft drivers the timing is just about right for Safr. A new report revealed that thousands of Uber and Lyft drivers in Massachusetts have failed the state’s new background checks,

Safr riders can choose which gender they feel most comfortable riding with via the app—drivers have the same gender preference option—and can also take advantage of a number of built-in safety features, including a feature that can call 911, send a text to a pre-assigned contact, or dial Safr’s 24-hour command center. A color-matching system, which sends riders and drivers a color-coded message during pickups, also helps ensure passengers get into the correct vehicle. 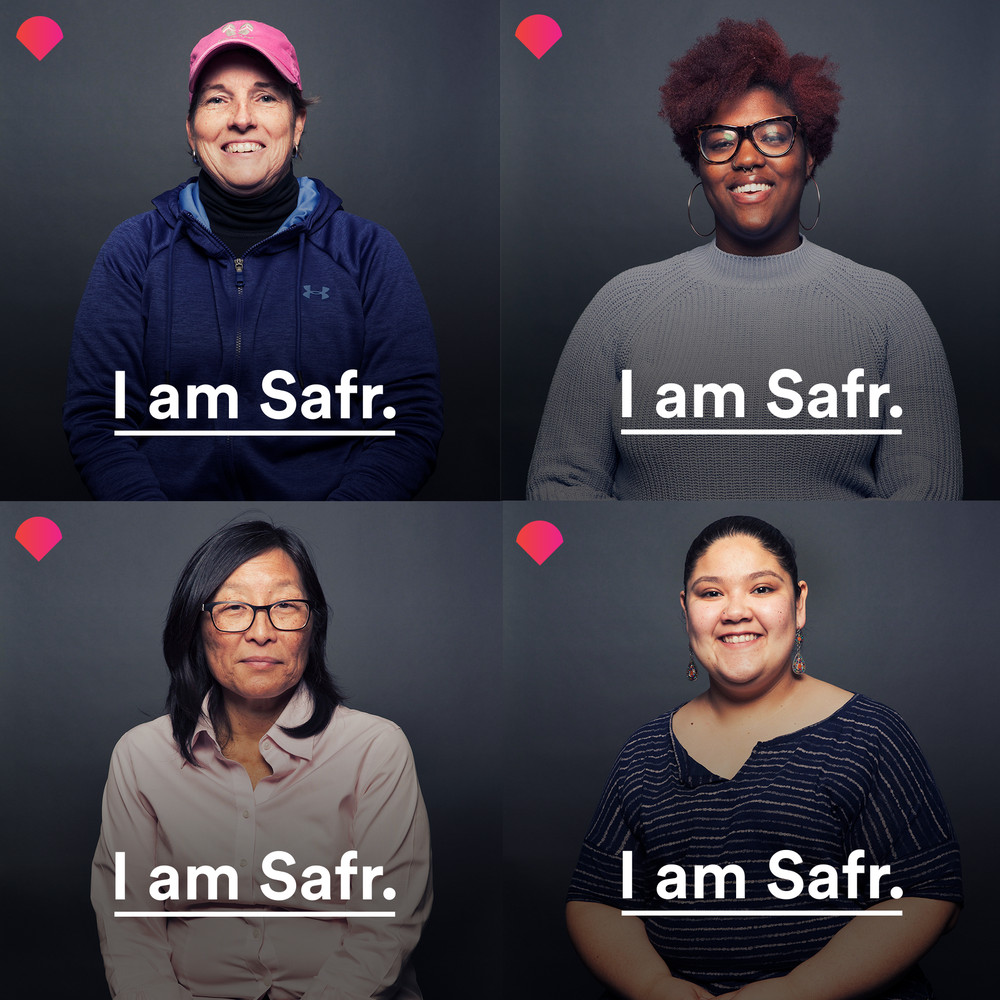 Safr , which are currently all women, go through a more extensive recruitment, vetting, and training process than competitors.

Safr isn’t the first such startup to gear their service toward women. In 2014, New York-based SheTaxis, also known as SheRiders, tried to launch, but faced gender discrimination issues and has since folded. See Jane Go, based in Orange County, California, and conceived of by a father-daughter team worried about rider safety, began operating last September.

After a successful run in San Francisco, Google Waze is heading to other cities.The rollout will  have Waze  competing against the likes of ride-sharing giants Uber and Lyft, both of whom already offer carpooling options — UberPool and Lyft Line.

Waze’s system allows drivers to make up to two rides a day — for example, to and from work — and riders pay to cover the cost of gas, plus a little extra.

The downside? A Carpool user has to request a shared ride several hours ahead of time, and then hope someone responds. If no one does, you can always jump in an Uber or Lyft.

With both Uber and Google continuing to make progress with their respective autonomous cars, it may not be too long before empty cars are driving up to collect passengers, giving both companies additional options over the kind of transportation services they offer.

A new MIT study suggests that using carpooling options from companies like Uber and Lyft could reduce the number of vehicles on the road 75 percent without significantly impacting travel time.

The research team led by  Professor Daniela Rus of MIT’s Computer Science and Artificial Intelligence Laboratory (CSAIL), developed an algorithm that found that 3,000 four-passenger cars could serve 98 percent of taxi demand in New York City, with an average wait-time of only 2.7 minutes.

“Instead of transporting people one at a time, drivers could transport two to four people at once, results in fewer trips, in less time, to make the same amount of money,” says Rus, who wrote a related paper with former CSAIL postdoc Javier Alonso-Mora, assistant professor Samitha Samaranayake of Cornell University, PhD student Alex Wallar and MIT professor Emilio Frazzoli. “A system like this could allow drivers to work shorter shifts, while also creating less traffic, cleaner air and shorter, less stressful commutes.”

The MIT algorithm is more complex and improves over time, the study’s authors said. And despite the study’s conclusions, they say, it’s not meant to harm the taxi industry. In a phone interview, professor Daniela Rus of MIT’s Computer Science and Artificial Intelligence Laboratory (CSAIL) said the findings simply show a city’s transportation infrastructure could support fewer cars on the road at any given time.

According to their system, instead of working 12-hour shifts, you could work six- or eight-hour shifts. And you would make the same amount of money because it’s the same transportation need, it’s the same level of payment that flows through the system.

Uber & Lyft Driver In The Hot Seat For Racial Discrimination

Drivers for Uber Technologies Inc. in Boston canceled rides for men with black-sounding names more than twice as often as for other men. Black people in Seattle using Uber and Lyft Inc. faced notably longer wait times to get paired with drivers than white customers. The findings come from a study published on Monday by researchers at the Massachusetts Institute of Technology, Stanford University and the University of Washington.

Over the past few years, various writers have reported that transportation network companies (TNCs, aka ride-sourcing platforms typified by Uber and Lyft) help to mitigate this discrimination, making it easier for black travelers to get a ride. Also, female passengers were taken on longer, more expensive routes than male passengers.

In the case of ride-hailing apps, researchers similarly believe that names and photos are an issue. Such information gives drivers the means to discriminate against prospective riders. Uber doesn’t show customer photos to drivers. Lyft does, but passengers aren’t required to provide a headshot. Both San Francisco-based companies give riders’ names to their drivers.