Potential Riders can simply submit their name and phone number in the self-service kiosk. The company’s first-ever kiosk solution is designed to be more accessible for travelers with language or technological barriers, or who have difficulty using smartphones.

No USD 82 billion IPO? No airport presence? No problem. Even if your brand isn’t Uber-sized, there are still lessons from how it approached this kiosk:

Uber’s physical kiosk, for instance, is ideal for travelers who aren’t technologically fluent or those who’ve arrived without a local SIM! 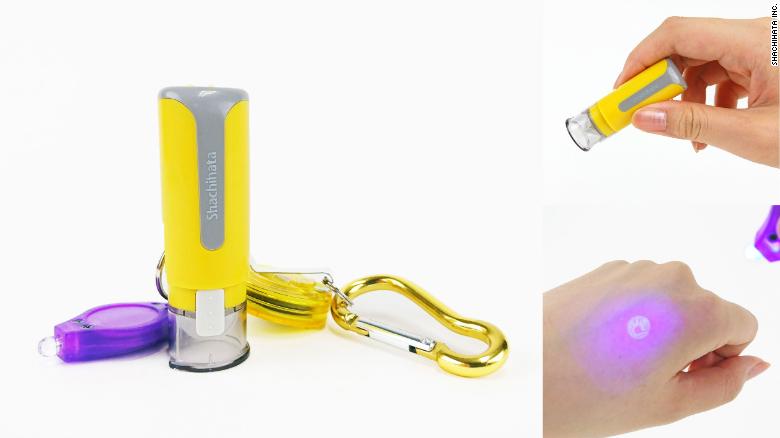 A stamp-maker in Japan has developed an ‘anti-groping’ stamp to hinder harassment during rush-hour.

A new device aimed at dealing with sexual harassment on crowded trains and public transport has sold out just half an hour after it went on sale in Japan.

The “anti-groping” stamps, manufactured by stamp-maker Shachihata Inc., allow victims of harassment to mark their assailants with invisible ink, and also provide a deterrent to would-be attackers.
Stamps were limited to 500 , which retailed at 2,500 yen (about $24), and sold out within 30 minutes after going on sale as told to CNN.. 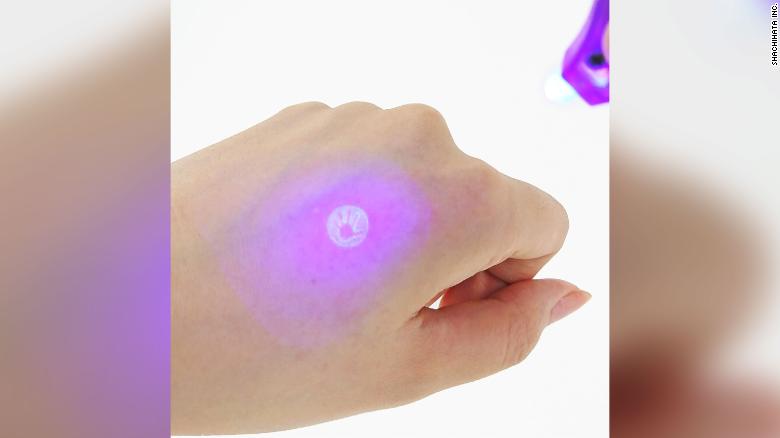 The Tokyo Metropolitan Police said 1,750 cases of groping were reported in 2017. These cases are often treated lightly, as a nuisance. But finally there’s a shift around this issue.
The Police App

Tokyo police smartphone app scares off molesters has become a smash hit in Japan, where women have long run the gauntlet of groping on packed rush-hour trains.

Victims of groping can activate the Digi Police app, which either blasts out a voice shouting “stop it” at top volume, or produces a full-screen SOS message — which victims can show other passengers — reading: “There is a molester. Please help.”

New York’s MTA is thinking about a public service announcement that would ask subway riders not to remove Apple AirPods while getting on or off the subway, according to The Wall Street Journal.

The Wall Street Journal quoted MTA maintenance supervisor Steven Dluginski, who said the MTA uses a “picker-upper thing” to rescue lost AirPods. But, given the summer heat and increased sweat, Dluginski said there has been an increase in the number of AirPods that have fallen on the tracks.

this summer was the “worst” for AirPod rescues and that on just a single summer Thursday at noon, Dluginski’s team had to retrieve six of them. It’s risky for employees who have to try to pick them up and can cause train delays.

In July, a rider named Ashley Mayer went viral on Twitter after she retrieved a lost AirPod from the tracks using duct tape at the end of a pole.

Best Thing Is To leave Them On

British Airways is offering VR headsets to first class passengers on select flights between London Heathrow and New York JFK through the end of 2019. The SkyLights headset will feature 2D, 3D and 360-degree movies, documentaries, TV shows, and guided meditations. The guided meditations are specifically designed for passengers with a fear of flying, and all experiences work in any position, even when laying flat.

Segway-Ninebot, certainly seems to think driverless scooters are worth pursuing. The Chinese scooter powerhouse debut an upcoming model called the KickScooter T60, a three-wheeled electric scooter with some limited self-driving capabilities that would be better described as teleoperation than true autonomy. Trials of the T60 will start next month, according to Segway, with deployment to shared scooter fleets scheduled to start in 2020.

Optimus Ride, a leading self-driving vehicle technology company, has announced the launch of New York state’s first self-driving vehicle program, located at the Brooklyn Navy Yard (Yard), a 300-acre industrial park with more than 400 manufacturing businesses and 10,000 employees onsite. There are six autonomous vehicles that will transport passengers between the NYC Ferry stop at Dock 72 and the Yards’ Cumberland Gate at Flushing Avenue, a vital connection point in a truly multi-modal commute for thousands of passengers and a first-of-its-kind commercial autonomous driving system.

Google maps feature can now predict how crowded your train will be and bud delays.

Reports of crowdedness from Google Maps users from October 2018 to June 2019 during peak commuting hours (6am – 10am), was analyzed  and identified which lines had the highest number of crowdedness reports. Here’s what they found:

Google Maps can now tell you about your bus travel times based on live traffic. This uses the power of Google’s live traffic data and public bus schedules to calculate delays and provide accurate travel times. This is the first product of its kind — launching first in India; Will soon expand to other cities.

Google maps will also let you know when your train will be arriving.