A Van to Scoop You Up After The Dallas Cowboy Game when you had Too Much Beer! 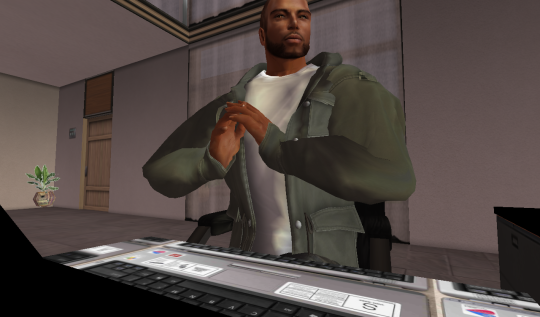 Drive.ai’s new service is scheduled to run for one year and begin with three vehicles. Riders can hail the vehicles one of two ways: by downloading an app that allows a user to request a vehicle or by going to a designated pickup point and request a vehicle using a kiosk, according to the company. The service is funded by the city of Arlington and with federal grants, according to city officials.

Riders will connect to a handful of well-traveled local landmarks, such as the city’s convention center, retail areas, restaurants and office buildings, as well as AT&T Stadium and Globe Life Park, the respective homes of the Dallas Cowboys and the Texas Rangers.

Halder said that about 100,000 people flood into the city’s entertainment district on game days, creating a distinct need for transportation, but also new challenges for the company as it continues to refine its technology. This time, the routes will be longer and potentially more complicated, especially when pedestrians descend on the area during games. Drive.ai has attempted to distinguish itself by prioritizing “recognizability over beauty,” giving its Nissan vehicles bright orange paint jobs that are designed to grab the attention of pedestrians and drivers, according to company officials.

The vehicles operate along fixed routes, include human backup drivers and travel up to 35 mph. They also include exterior panels with messages — such as “waiting for you to cross” — to take the place of a human driver making eye contact or gesturing with a pedestrian at a crosswalk, for example. In the near future backup drivers will be removed and the vehicles will operate autonomously.

SAN ANTONIO – Texas saw 1,186 opioid-related deaths in 2015 and experts say the problem is only getting worse.

The Pharmaceutical Research and Manufacturers of America (PhRMA) and the Addiction Policy Forum have announced a new four-year plan. Some doctors are skeptical but hopeful that PhRMA’s vision becomes a reality.

Some of the approaches in mind

Take an opioid and alter its chemical structure so it won’t be addictive.

Another way is to look at entirely new drugs  and how they may alleviate pain.

They should make note that many of opioid addicts take pills to get high and not for pain. IT’S LIKE THEY HAVE A CHOICE OR PREFERENCE ON HOW THEY WANT TO GET HIGH. They might use pain as a cop out so they won’t be judged harshly. If caught early enough  someone such as a therapist, counselor, social worker etc may help alleviate serious addiction.

Helicopters, quad copters, or space-age airplanes, all the craft will have to be capable of vertical takeoff and landing, called VTOL, in order to fit into mini-airports, known as vertiports, spread around cities. And they will have to be quiet enough to take off and land near homes and offices without driving people crazy. Local, state, and federal agencies all have to get on board and convince the public that the technology is safe and not too intrusive.  Dubai has already green-lit a program by Chinese drone maker EHang (unconnected to Uber) that will start sky taxi flights in July.

The likely plan in all cities is to locate vertiports on top of buildings.

Uber’s taxis will start service with fully certified commercial pilots, who may be the company’s first full-time drivers.

Texas had the second-lowest voter turnout in the nation in the March primaries so eight taco trucks have signed on with Mi Familia Vota as mobile registration booths. It’s a chance to grab a delicious lunch and register to make your voice heard.  Until October 11.

A Texas man who was arrested for failing to return an overdue library book ignited an online flurry of heated comments and headlines about the Lone Star State extending its tough-on-crime bravado to books. Such cases aren’t unheard of, and many communities faced with shrinking budgets and rising costs have ordinances calling for fines or even arrest warrants when library property isn’t returned on time. The issue has cost libraries an estimated $18 million.

Jory Enck learned the hard way.  Three years ago, he was arrested for not returning a GED study guide that he had checked out in the Central Texas community of Copperas Cove. A Texas state law took effect in September that defines the failure to return library books as theft. The law, which doesn’t trump stricter community ordinances, Other states also call for fines or even arrest warrants in such cases, including Iowa — where an overdue-book offender was jailed for a week — Vermont and Maine. Mandates up to a $100 fine per offense. In Copperas Cove, about 70 miles northwest of Austin, a 2002 ordinance mandates a $200 fine for each library item that goes unreturned 20 days after a written notice is sent demanding its return. If the fine isn’t paid, the municipal court issues a warrant, city spokesman Kevin Keller said. Keller said he didn’t know how many people had been jailed on library-related offenses