5G, has already launched in some parts of the US by Verizon, AT&T, Sprint and T-Mobile, used by smartphones to provide faster speeds and more capacity.

Tensions over 5G have come to a head within the Trump administration, prompting acting chief of staff Mick Mulvaney to convene a high-level White House meeting to hammer out policy disputes between government agencies, according to two administration officials and another source familiar with the matter.

Comstock has been at the center of disagreements over how to repurpose airwaves for commercial 5G services, in addition to being at odds with several officials, particularly Kudlow, on a number of other issues, the sources said.

Although , no two people are believed to have identical fingerprints, researchers at the New York University Tandon School of Engineering and Michigan State University College of Engineering have found that partial similarities between prints are common enough that the fingerprint-based security systems used in mobile phones and other electronic devices can be more vulnerable than previously thought. The vulnerability lies in the fact that fingerprint-based authentication systems feature small sensors that do not capture a user’s full fingerprint. Instead, they scan and store partial fingerprints, and many phones allow users to enroll several different fingers in their authentication system. Identity is confirmed when a user’s fingerprint matches any one of the saved partial prints. The researchers hypothesized that there could be enough similarities among different people’s partial prints that one could create a “MasterPrint.”

Team leader Nasir Memon explained that the MasterPrint concept bears is akin to a hacker who attempts to crack a PIN-based system using a commonly adopted password such as 1234.

“About 4 percent of the time, the password 1234 will be correct, which is a relatively high probability when you’re just guessing,” said Memon. The research team set out to see if they could find a MasterPrint that could reveal a similar level of vulnerability. They found that certain attributes in human fingerprint patterns were common enough to raise security concerns.

Researchers say “As fingerprint sensors become smaller in size, it is imperative for the resolution of the sensors to be significantly improved in order for them to capture additional fingerprint features,” Ross said. “If resolution is not improved, the distinctiveness of a user’s fingerprint will be inevitably compromised. The empirical analysis conducted in this research clearly substantiates this.”

These faux iPhones come at a much cheaper price than normal iPhones, counterfeiting Apple products is a huge business in China. In 2015, a factory mass-producing counterfeit iPhones was busted, and it contained over 41,000 smartphones with a total haul equalling over $19 million. More

Japanese mobile provider, NTT Docomo,will be releasing their smart phone this summer, with a built-in iris scanner. The Fujitsu Arrows NX F-04G uses iris recognition to replace phone passwords, and can even be used to send payments when shopping from your smartphone. The device uses a front-facing infrared camera and an infrared LED light to illuminate the user’s eyes, verifying their unique iris pattern. Besides biometrics, the Android device runs Lollipop 5.0, has 32 GB of storage, 3 GB RAM, and a 5.2-inch QHD display. Unfortunately, the Arrows NX F-04G will only be released to Japan. China also has an iris-scanning smartphone with the Vivo X5 Pro, which launched yesterday. Other companies like Samsung are reportedly working on iris-detecting smartphones, but we’re unlikely to see anything no time soon.

Accounts were accessed without authorization between April 9 and April 21 by employees of one of AT&T’s service providers. This would include access to Social Security numbers and dates of birth. AT&T have notified customers and reported the incident to law enforcement.

you can plug your phone into the power output at the top of the welly and use the energy that has been generated throughout the day to charge your phone. 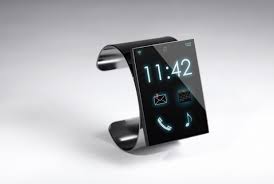 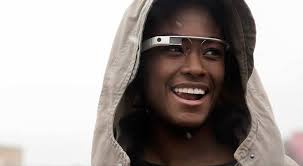 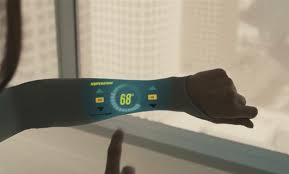