There were reports that Zion Williamson the Duke big man would wear the Nike Kyrie 4 instead of the PG 2.5s he’d worn during the sneaker blowout seen ’round the world. Instead, Nike reportedly sent a team of specialists down to Durham, North Carolina, to meet with Williamson the day after the mishap. Per Sports Illustrated‘s Jonathan Jones, Duke head coach Michael Krzyzewski said that Nike flew its “top people” to Duke, where they analyzed Zion’s game and the way shoes performed under his 280-plus pound frame. They then took the findings to China where they oversaw the manufacturing of a more resilient and stable sneaker, which was the revamped Kyrie 4 worn by Williamson last night.

Williamson was asked how hw liked his new sneaks. “The shoes were incredible this game,” Williamson told CBS’s Kevin Skiver. The college phenom was also asked about the specific changes Nike made to the pair. “I couldn’t really specifically tell you if I wanted to,” he said. “I just know they’re a little stronger than the regular Kyrie 4s, so I want to thank Nike for making these, but, yeah, they felt very comfortable.”

Nike’s Self Tying Sneakers Works With An App So Could They Be Hacked?

Nike’s Adapt BBs aren’t even the first pair of smart shoes. Under Armour has been making connected kicks for a while now — it’s on its fourth generation with its HOVR line, with an embedded chip that tracks your footsteps and running pace. Puma also entered the self-tying shoe world with the Puma Fit Intelligence line, which it announced Jan. 31.

Nike and Under Armour say they’re taking data privacy and security seriously with their new shoes. Puma, which is expecting its self-tying sneakers release in 2020, didn’t offer details on its shoe security protocol.

While Nike says it’s kept its connected sneakers safe from hackers, the concern is that as more companies try to make connected shoes, the chances of having a shoe eventually hacked will increase.

The Adapt BBs pair with Nike’s app through Bluetooth Low Energy, a connection protocol that’s often used in smart devices because it allows for longer battery life. The sneaker connection is encrypted, a Nike spokesman said.

However, Bluetooth Low Energy isn’t impervious. Security researchers have found issues with BLE chips that could have allowed hackers to spread malware across hospitals and factories.

Nike’s app will do more than just control the laces on your sneakers. The company wants to collect data through the app to help athletes with their performance

Inside the shoebox for Under Armour’s new line of HOVR sneakers, which have a chip inside that tracks your steps and running activity.

adidas has united some of the biggest names in sport, music, and fashion in one room, and turned their discussion into a minute-long film titled “Calling All Creators.”

Can You See Someone You recognize?

Many of these creators also dabble in more than just their main field. Pharrell Williams runs his own fashion line, while Karlie Kloss has a TV show. Messi founded a charity organization and Pusha T is also a record label president.

When Apple launched its first color desktop computer, in 1990, the tech giant also created a prototype pair of sneakers with its signature rainbow logo.

They were first sold to a lucky Apple employee some time in the mid-’90s, according to BitRebels.  They later sold for only $79 on eBay  back in 2007.

In the years that followed, the whereabouts of the shoes were unknown — until a friend of Leon Benrimon, director of modern and contemporary art at Heritage Auctions, found them at a garage sale in San Francisco.

Now, Heritage Auctions is auctioning off the pair at its Beverly Hills location. Bidding will begin at 11 am on June 11, and the sneakers are expected to go for at least $30,000. The starting bid will be $15,000. The Adidas sneakers, size 9 and a half, are made from the typical white leather material of the times. They feature Apple’s logo on the tongue and on the side. The soles are made from rubber that supposedly doesn’t leave skid marks. 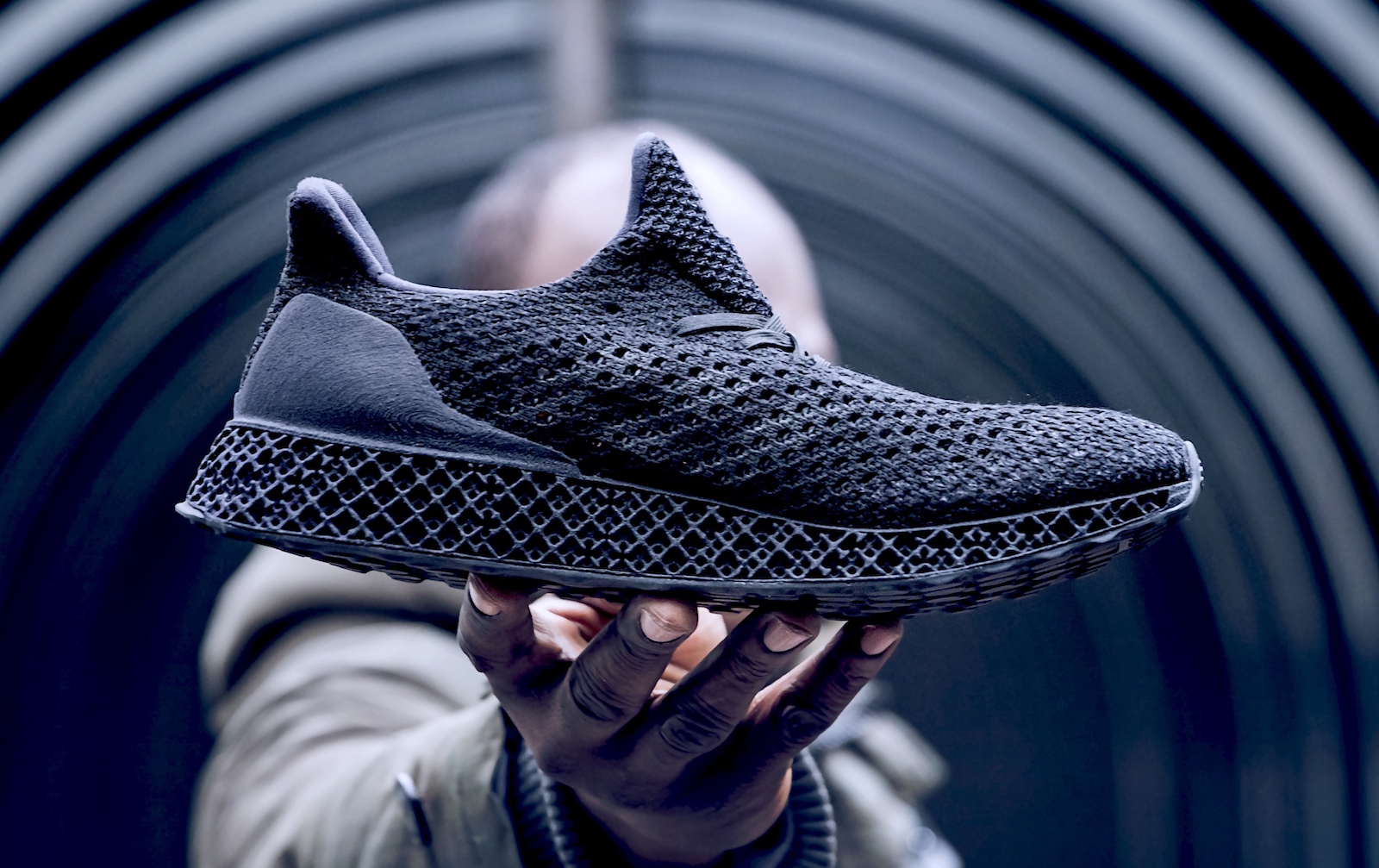 The 3D Runner, features a similar design as the one Adidas gifted its medal-winning athletes during the 2016 Rio Olympics. It has a black Primeknit upper, like what what you see on Yeezys or Ultra Boosts, and a midsole made from 3D-printed materials — that’s the main highlight here. Unfortunately, you’ll only have the chance to buy a pair if you live in New York City, London or Tokyo, with pricing set at $333 this Thursday. It has been said it’ll end up on the resell market for hundreds of dollars above its original MSRP.