Back in 2016, New York Governor Andrew Cuomo unveiled a new initiative to scan and identify the faces of people leaving and entering New York City with facial recognition cameras. The system was tested last year on the Robert F. Kennedy Bridge—which connects Manhattan, Queens, and the Bronx—but the test was reportedly a flop. The Wall Street Journal reviewed an email that a Metropolitan Transportation Authority (MTA) official wrote to a Cuomo administration senior official on November 29 about the program. The MTA official reportedly wrote that the initial proof-of-concept testing at the bridge “has been completed and failed with no faces (0%) being detected within acceptable parameters.”

However, An MTA spokesperson told the Journal that the face recognition program at the Robert F. Kennedy Bridge, as well as the Bronx-Whitestone and Throgs Neck bridges were still in progress. “Only a small handful of bridge and tunnel employees have access to the data and nothing whatsoever is being shared with law enforcement or anyone outside of the people involved with the pilot,” MTA spokesperson Maxwell Young told Gizmodo. “We take both public safety and civil liberties extremely seriously.”

Civil liberties advocates have raised concerns about the program since the system was first announced. “This latest news validates our concerns that this technology is invasive and inaccurate—and the government has no justification for using it to undermine the privacy of our daily commutes,”

The MTA and New York State have no intention of slowing down their development of a facial recognition real-time surveillance system.

I wonder what will happen if drivers where masks or fake mustaches or sunglasses etc? 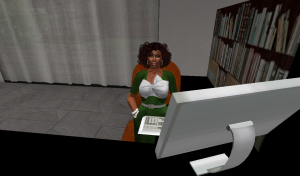 Tesco the supermarket giant in the UK  is installing hundreds of hi-tech screens that scan the faces of shoppers as they queue at the till to detect their age and sex for advertisers. The store giant has signed a ground-breaking deal with Lord Alan Sugar’s Amscreen in a move which last night sparked fresh concerns from privacy campaigners about the growing use of “invasive” technology in the nation’s shops.

The “OptimEyes” system will be rolled out into 450 Tesco petrol forecourts, which serve millions of customers a week.

It works by using inbuilt cameras in a TV-style screen above the till that identify whether a customer is male or female, estimate their age and judge how long they look at the ad.

The “real time” data is fed back to advertisers to give them a better idea of the effectiveness of their campaigns and enable them to tailor ads to certain times of the day.

Tesco has initiated an information offensive as reports of the introduction of its face scanning technology have spread around the world.The news that it is installing facial recognition technology in its UK petrol stations, with plans to roll out the technology ‘into as many supermarkets as possible’ has been picked up by news outlets in Yorkshire, Sydney, Toronto, India and China.

Tesco says that this is not new technology and has been used by other retailers.

Tesco media relations manager Emma Capon who told The Drum: “This is not new technology – it is already being used by other retailers.”

She added: “The screens do not use eyeball scanners, facial recognition or identify individual customers in any way. They simply estimate whether a person is male or female and to which one of three age groups they belong.

“Its purpose is to give customers relevant adverts based on these factors. No image or picture of customers is recorded or captured and nor is any personal data captured.

Ke Quang, chief operating officer of Quividi, the Paris-based company that developed the software, spoke to The Guardian and said: “We don’t do facial recognition, we do face detection.”He added: “It’s software which works from the video feed coming off the camera. It can detect if it’s seeing a face, but it never records the image or biomorphological information or traits.

“It picks up if it’s seeing a man or a woman, the amount of time they pay attention to the screen, and their presence in front of the screen. The key thing though is that it never records or remembers any information. If you go from one camera in one location to another, it can’t tell.” 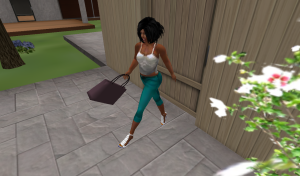 Facebook wants to use its facial recognition technology to automatically scan users’ profile pictures, which would allow the social network suggest tags in pictures.

A US judge recently approved a settlement where Facebook will pay out $20 million after using users’ profile pictures in advertisements on the site, a feature they call “Sponsored Stories.” Facebook was required to make its policies more clear to users as part of their settlement. Previously when Facebook wanted to make changes to its policies, it would give users a say in the matter with a vote. This privilege no longer exists.

With the new changes, Facebook uses information such as birthdays and locations to determine which ads it serves up. It also explains that Facebook receives data about a user whenever he/she interacts with the social site or even have it running in the background.

In the new proposed changes, Facebook also says granting it permission to user’s information, such as a profile picture, allows it to provide users with “innovative features and services we develop in the future that use the information we receive [about our users]”

Facebook says “You can control whether we suggest that another user tag you in a photo using the ‘Timeline and Tagging’ settings,” it said.

Facebook’s chief privacy officer Erin Egan says the feature offers several benefits to them. The auto-tagging feature will be turned on automatically once the new changes are implemented, but users will be able to hunt for the off switch in their settings. This feature has been available to users since 2010, but the new changes will turn it on by default for most users. One notable exception: European Facebookers will have to opt-in to use this feature due to some regulatory difficulties.The site is letting users comment on these new changes and offers its feedback before it finally implements them.

Facebook’s $20 million settlement in the Sponsored Stories case has received final approval. Those users who have a valid claim that Facebook used their profile picture in an advertisement can file to receive $15 from the site. 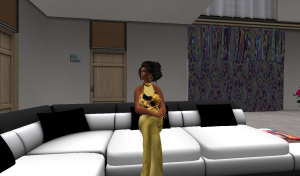 North Dakota and Minnesota are  among the various states using driver’s license and identification cards to compile databases of residents’ faces that, when used with facial recognition technology, are the photographic equivalent of fingerprinting.

Morpho, the company that produces the software used by the North Dakota state government, said on its website that it is “quite improbable” that facial recognition will “achieve the same levels of precision” as fingerprint recognition in the near future.

There are some factors that can hinder proper identification include facial expressions, angle of the photo and low photo quality. 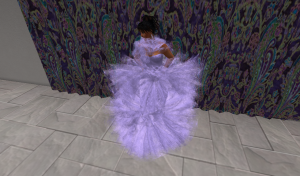 Imagine being at a crowded function , and someone approached you wearing pair of funny looking  glasses, one side of which had a thick aluminum frame. Not knowing that someone  is wearing Google glasses. This person approaching you would be able to identify you by facial recognition, and by the time he or she has walked up to you, they just done peeped your hole card, your name, your job, where you lived and how much you make? And guess what? your conversation was being recorded and that your photo, or whatever the wearer was looking at, could be posted online? What would you do? Unless you know the full capabilities of Google’s Glass project. How would you know to ask the person wearing the Google Glass headset not to record you? Chances are you wouldn’t. Worse scenario, The Google glass wearer shows up at your residence. Well some members of Congress is finding google glass kind of creepy and want some answers.  The  Bi-partisan Congressional Privacy Caucus sent a letter to Google CEO Larry Page asking questions about how Google planned to ensure that the privacy of users, and more important, non-users, was being protected. In other words the congressmen want to know what safeguards Google was putting into place to guard against the violation of privacy laws. Google has until June 14 to respond to the inquiries by the caucus. Unless they can ease the fears we can expect some regulations concerning Google Glass.