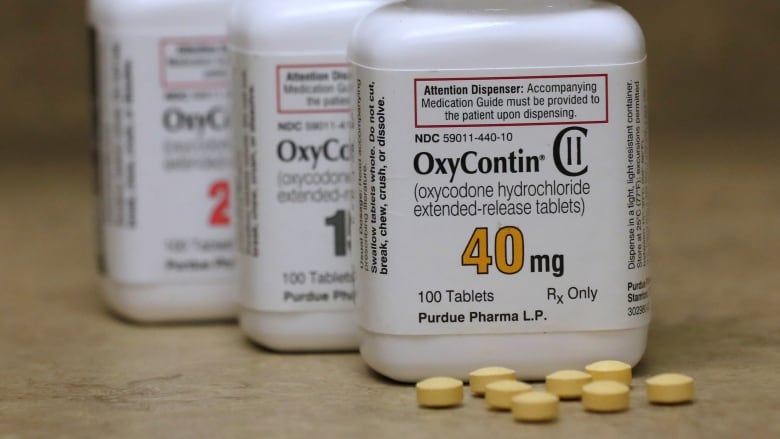 Tufts University is reviewing its connection to OxyContin maker Purdue Pharma in the wake of court documents filed last week detailing explosive allegations about the company, the mega-donors that own it and their alleged influence over the university’s medical school.

The court filing from Massachusetts attorney general Maura Healey alleges that members of the Sackler family knew the opioid was causing overdoses and were involved in efforts to mislead doctors and the public about the powerful painkiller’s effects. They did not tell authorities about reports the drug was being abused and peddled on the street, it says.

The filing claims one member of the family, Richard Sackler, wanted to blame abusers, writing in a 2001 email that abusers “are the culprits and the problem” and that they “are reckless criminals,”.

The filing alleges that Purdue funded “an entire degree program at Tufts University to influence Massachusetts doctors to use its drugs.” Purdue sponsored an annual “Sackler Lecture” at Tufts on pain medicine, and Richard Sackler for many years held a seat on the school of medicine’s board, it alleges. (Purdue Pharma is unrelated to the university in Indiana.)

A Tufts spokesman, Patrick Collins, issued a statement Friday saying that the university has been and remains deeply committed to the highest ethical and scientific standards.

“The information raised in the Attorney General’s lawsuit against Purdue Pharmaceuticals and other defendants is deeply troubling,” it said. “We will be undertaking a review of Tufts’ connection with Purdue to ensure that we were provided accurate information, that we followed our conflict of interest guidelines and that we adhered to our principles of academic and research integrity. Based on this review, we will determine if any changes need to be made moving forward.”

The Boston Globe noted Harvard Art Museums have pointed out that the Arthur M. Sackler Foundation provides no continuing funding for the museum:

Tufts provided similar background information in response to a question about the Somerville mayor’s call to remove the Sackler name from campus:

“The Sackler School of Graduate Biomedical Sciences was established in 1980 by Jean Mayer, then president of Tufts University, and the Board of Trustees to promote collaborative and interdisciplinary graduate education to advance health. In 1983, Jean Mayer and the Board of Trustees established the Arthur M. Sackler Center. In both cases, the naming gifts were provided to the university more than a decade before OxyContin was introduced to the marketplace.”

A lengthy 2017 feature in The New Yorker says he became wealthy marketing the tranquilizers Librium and Valium. It quoted Allen Frances, former chair of psychiatry at Duke University School of Medicine, saying that, “Most of the questionable practices that propelled the pharmaceutical industry into the scourge it is today can be attributed to Arthur Sackler.”

In 2014, Purdue medical liaison staff “succeeded in getting two Purdue unbranded curricula approved for teaching” to Tufts students, it alleges.

Purdue Pharma, based in Stamford, Conn., did not respond to requests for comment. The company sent a statement to WBUR saying Healey is attempting to vilify “a single manufacturer whose medicines represent less than 2 percent of opioid pain prescriptions rather than doing the hard work of trying to solve a complex public health crisis.”

It also said that “the complaint distorts critical facts and cynically conflates prescription opioid medications with illegal heroin and fentanyl, which are the leading cause of overdose deaths in Massachusetts.”