Archive for the ‘Theater’ Category

BroadwayHD is an online streaming service with a goal to promote and preserve live theatre, extending the reach of Broadway and Broadway caliber shows to anyone, anywhere

Books That Are Becoming Movies

Movies That Were Based On Books

While Cher Horowitz was probably too popular to find time to read Jane Austen, the author’s 1815 classic novel, Emma, sets the framework for the cult favorite movie. Cher is basically an updated Emma in an Alaïa dress.

With an all-star cast: Jennifer Aniston, Bradley Cooper, Ginnifer Goodwin. And while the movie told a fictional story about a bunch of couples, it’s actually based on a self-help book. It’s full of timeless, tough-love advice, and it’s perfect for anyone playing the field.

William Shakespeare wrote the plot in 1623 with his play Twelfth Night. The movie, obviously, is a modern update, but it gives lots of nods to Shakespeare’s original. Sebastian, Duke, Olivia, and Viola are all character names in both the movie and play.

4. Carol = The Price Of Salt by Patricia Highsmith

The Cate Blanchett-Rooney Mara romantic drama Carol was an Oscar favorite in 2015. It’s based on a revolutionary 1952 novel, which author Patricia Highsmith originally published under a pseudonym.

The Oscar-winning movie tells the life story of a teen from Mumbai, and it’s riveting stuff. The novel it’s based on, Q & A, is equally a can’t miss, as it delves further into the main character’s rise from the slums to game show TV star.

6. The Imitation Game = Alan Turing: The Enigma by Andrew Hodges

A biography about the “founder of computer science” might not sound *exciting* off the bat, but Alan Turing was truly fascinating: In his short life, he helped fight the Nazis, laid the groundwork for modern computers and artificial intelligence, and struggled as a gay man in a homophobic world. His story inspired the powerful movie The Imitation Game, and the book delves even deeper into the fascinating life of Turing.

The 2009 non-fiction book Queen Bees And Wannabes explores the clique-filled world of high school and gives tips on how girls can survive “the jungle” and their own personal Regina George.

Robin Williams’ classic cross-dressing comedy is actually based on an English novel from 1987.

The timeless shark story Jaws started as a thrilling book of the same name by Peter Benchley. Published in 1974, Benchley spent lots of time researching real-life shark data while writing the story.

The winning Kate Hudson  How To Lose A Guy In 10 Days actually began as a how-to dating book. Similar to the movie’s plot, authors Michele Alexander and Jeannie Long dispel their advice on what not to do within the first 10 days of dating a guy.

The idea for this movie came from journalist Mickey Rapkin’s non-fiction book exploring the world of college a capella. The book provides more of the history behind acapella groups and focuses on three real college groups competing for glory.

12. 10 Things I Hate About You = Taming Of The Shrew by William Shakespeare

The plot for the iconic ’90s movie—starring Julia Stiles and Heath Ledger—was written in the late 1500’s by one Williams Shakespeare. Stiles, naturally, serves as the “shrew” in the modern update.

The American Black Film Festival (ABFF) was founded in 1997,and a yearly event dedicated to showcasing entertainment content made by and about people of African descent to a worldwide audience. Today it is recognized as the premier pipeline for Black talent in front of and behind the camera. 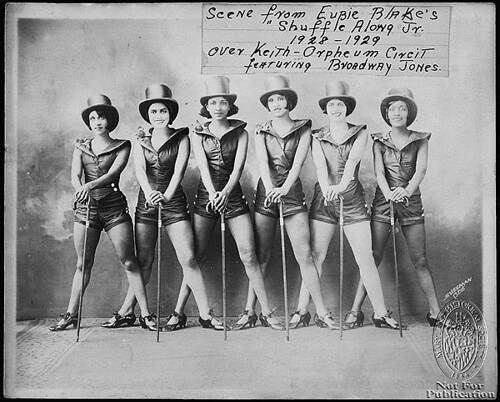 Birth Of A Nation

Nate Parker, is the director/actor/writer/producer behind the slavery drama The Birth of Nation. The story of how literate slave and preacher Nat Turner ultimately orchestrated a rebellion in 1831 set a new festival record when it sold to Fox Searchlight for $17.5 million.

The rights to the slave rebellion drama The Birth of a Nation, which premiered Monday afternoon in Park City to multiple standing ovations, have been picked up by Fox Searchlight at the Sundance Film Festival for $17.5 million, The Hollywood Reporter confirmed.

Searchlight beat escalating bids from Weinstein Co., Netflix (which insisted on a day-and-date theatrical and streaming debut), Paramount and other suitors. Nate Parker wrote, directed and stars in the project, which is based on the story Nat Turner, an American-born slave who led the most successful slave rebellion in American history.

Parker said, “You can watch this film and see there are systems that were in place that were corrupt and corrupted people. And the legacy of that still lives with us.”