Archive for the ‘Cinema’ Category

Music games appear to be making a comeback with this year’s Rock Band 4 and Guitar Hero Live leading the way.

The film project, from company called Stampede, is being headed by the newly-promoted Director of Development Cara Fans as a feature meant to explore a “world on the brink of destruction where the only hope is to unite through the universal language of dance.”

Dance Revolution is extremely popular in the west as well as in Japan and elsewhere, but it features no story, no characterization beyond the various dancers you can choose to play as, and nothing that would lend itself well to a movie.

The Los Gatos, Calif., company has explored the idea of buying movie theaters in Los Angeles and New York that would enable it to screen a growing pipeline of feature films and documentaries.

Netflix executives considered acquiring Los Angeles-based Landmark Theatres, co-owned by Mark Cuban, but backed off the idea, said two people who spoke on condition of anonymity because the plans are private.

One of the knowledgeable people said Netflix decided not to pursue a deal because executives believed the sale price for Landmark was too high.

A deal to purchase Landmark, owned by Cuban and Todd Wagner, would give Netflix a footprint of theaters in major media markets across the country. The privately held chain has 53 theatres comprising 255 screens in 27 markets including New York, Denver, Washington and San Francisco, according to its website. The exhibitor has three Los Angeles locations.

Netflix pulled in $2.67 billion in revenue last year, including a $66 million profit. Maybe one day it will have its own theater.

Top Democrats are concerned about the merger, which could potentially violate antitrust laws. Senator Amy Klobuchar (D-Minn.), the ranking member of the Senate Judiciary antitrust committee,  is concerned about the impact of this transaction on American consumers, and also commented that this merger was “another industry-changing merger, which would have major implications in television, film, and media.”

Klobucher has reportedly asked Sen. Mike Lee (R-Utah) and Sen. Chuck Grassley (R-Iowa), who chair the antitrust subcommittee and the Judiciary Committee, respectively, to schedule a hearing on the matter.

Representative David Cicilline (D-R.I.) called for his committee, the House Judiciary’s antitrust subcommittee, to take a closer look at the deal as well. “Disney’s proposed purchase of 21st Century Fox threatens to put control of TV, movie, and news content into the hands of a single media giant,” he said.

“If it’s approved,” he continued, “this merger could allow Disney to limit what consumers can watch and increase their cable bills. Disney will gain more than 300 channels, 22 regional sports networks, control over Hulu, and a significant portion of Roku.”

Is Racism Becoming The Norm? 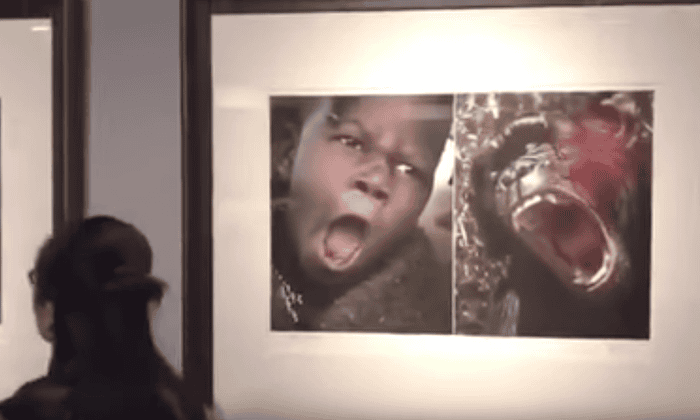 A museum in China has removed an exhibit this week that showcased photographs of animals with portraits of black Africans, sparking complaints of racism.

The exhibit titled This Is Africa at the Hubei Provincial Museum in the city of Wuhan displayed a series of diptychs, each one containing a photo of an African person paired with the face of an animal. In a particularly striking example, a child with his mouth wide open was paired with a gorilla and other works included baboons and cheetahs.

The curator said exhibit was eventually removed after complaints by Africans, including some living in China, All the photographs were taken by Yu Huiping, a construction magnate who has traveled to Africa more than 20 times, has previously won awards for his work and is vice-chairman of the Hubei Photographers Association.

About 92% of the population belongs to the dominant Han ethnicity and ethnic minorities mostly live in the sporadically populated far west of the country. African countries are increasingly important trading partners, but cultural stereotypes dominate Chinese popular discourse on the continent.

WeChat apologized earlier this week after users discovered the app’s translation for hei laowai, or “black foreigner,” into English was “nigger.” Last year, Qiaobi, a home care company famously ran a television ad in which a black man put into a washing machine comes out Asian, thanks to Qiaobi’s extra strong detergent.

The issue was discovered by Shanghai-based theater director Ann James, who texted her Chinese colleagues in their messaging group this morning to say she was running late. As usual, the black American typed in English, using WeChat’s in-app translation feature to read the Chinese responses. She gasped when she saw that the next message contained a racist obscenity: “The n—– is late.”

In the video, a paint-splattered black man confidently approaches a young Chinese woman, only to have detergent placed in his mouth and his body shoved into a washing machine for a thorough rinsing. Once the wash cycle is done, out pops a pristine young Chinese man, as clean as can be.

Notice the similar hair styles and Brown shirts on the first two—–Shameful!

Stream A Movie With Your Library Card 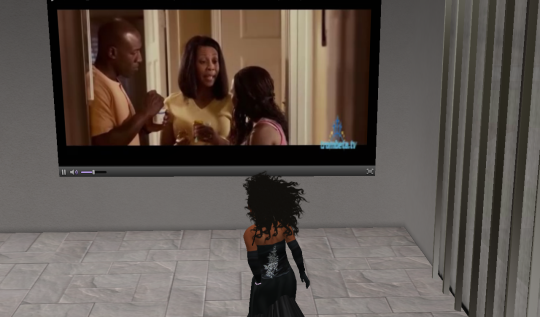 SelectTV: Rather than a streaming service, SelectTV is a streaming aggregator. You can find movies and TV shows from all over the Internet

Daily Burn: Daily Burn is a unique offering in the streaming world. Focusing on physical fitness, Daily Burn offers you the chance to stream thousands of workout videos.